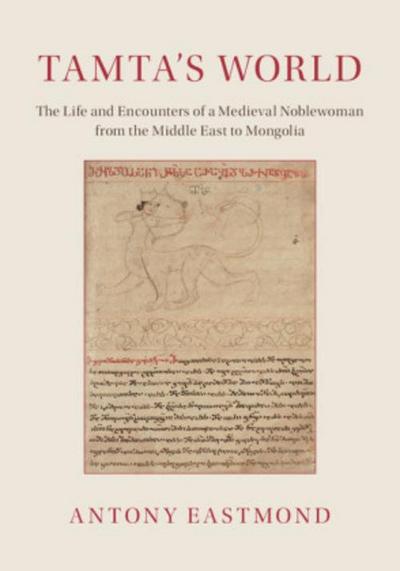 Tamta’s World: The Life and Encounters of a Medieval Noblewoman from the Middle East to Mongolia

Eastmond, AntonyAntony Eastmond is A. G. Leventis Professor of Art History at the Courtauld Institute of Art, University of London. He has published extensively on the world of eastern Christianity and its connections with the Islamic world around it, especially in Georgia and the Caucasus, and Trebizond. He has also published on Late Antique and Byzantine art, with a particular interest in ivories and the visual power of inscriptions. Notable among his works are Royal Imagery in Medieval Georgia (1998), Art and Identity in Thirteenth-Century Byzantium: Hagia Sophia and the Empire of Trebizond (2004), The Glory of Byzantium and Early Christendom (2013) and Viewing Inscriptions in the Late Antique and Medieval World (2015).
1. A new world of encounters: the life of Tamta Mqargrdzeli; 2. Tamta's origins: the world of the Mqargrdzelis; 3. Tamta, Ivane and Akhlat in 1210; 4. Al-Awhad and Tamta's first marriage; 5. Women and power; 6. Akhlat: identity and life in the medieval city; 7. Tamta: Ayyubid wife of al-Ashraf Musa; 8. Tamta: a Christian at the Ayyubid court; 9. Tamta at court; 10. Akhlat, builders and buildings; 11. Tamta and the Khwarazmians; 12. Tamta and the Mongols; 13. Tamta as ruler of Akhlat; 14. Afterlife.
The compelling story of a thirteenth-century Christian noblewoman ransomed to the family of Saladin, and made a ruler by the Mongols.