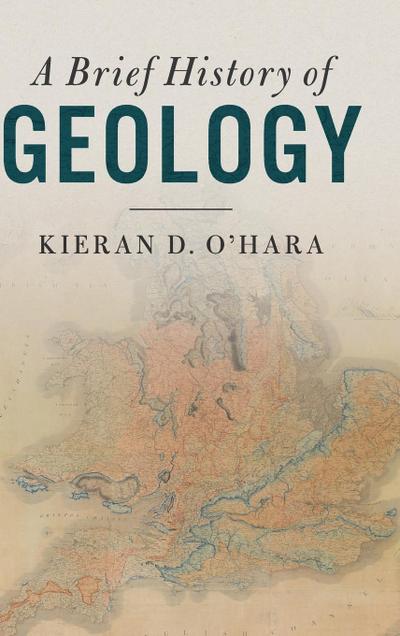 A Brief History of Geology

O'Hara, Kieran D.Kieran D. O'Hara is a Professor Emeritus in the Department of Earth and Environmental Sciences at the University of Kentucky. He has published more than 40 articles in international journals and has received numerous research awards from the American National Science Foundation. He taught geology at undergraduate and graduate levels at the University of Kentucky for thirty years. His other books include Cave Art and Climate Change (2014) and Earth Resources and Environmental Impacts (2014).
Places the history of geology into the larger context of the history of science in general.
Preface; 1. Major nineteenth-century players; 2. Towards a geologic time scale; 3. A vestige of a beginning: the age of the Earth; 4. The origin of Igneous rocks; 5. Tectonics in crisis; 6. Continental drift; 7. Plate tectonics; 8. Isotope and trace element geology; 9. Ice ages and ice cores; 10. Geology and evolution of the Moon; 11. Welcome to the anthropocene: a man-made epoch?; 12. The structure of geological revolutions; Index.
Geology as a science has a fascinating and controversial history. Kieran D. O'Hara's book provides a brief and accessible account of the major events in the history of geology over the last two hundred years, from early theories of Earth structure during the Reformation, through major controversies over the age of the Earth during the Industrial Revolution, to the more recent twentieth-century development of plate tectonic theory, and on to current ideas concerning the Anthropocene. Most chapters include a short 'text box' providing more technical and detailed elaborations on selected topics. The book also includes a history of the geology of the Moon, a topic not normally included in books on the history of geology. The book will appeal to students of Earth science, researchers in geology who wish to learn more about the history of their subject, and general readers interested in the history of science.