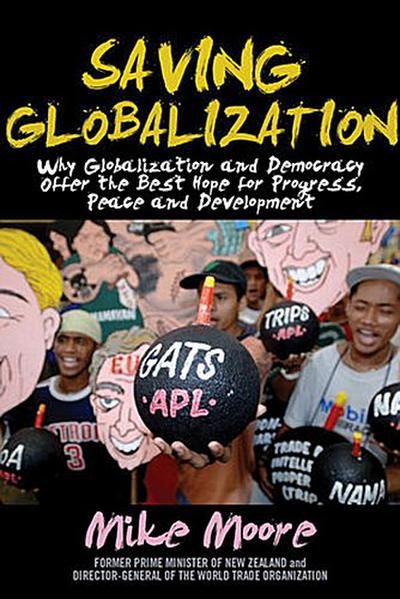 Globalization is not new, nor is it a policy, it's a processthat has existed as long as man looked over the horizon, travelledand traded. It can't be stopped but it can beslowed. It came to a grinding halt in August 1914 and theMarxist detour cost millions of lives and lost three generationstheir opportunity and hope in many countries. More wealth hasbeen created in the past 60 years than in all of history. After the most successful decade of sustained economic growth inhistory, this progress is threatened.
Extreme inequality, corruption and environmental degradationthreaten the stability and legitimacy of many developingcountries' regimes. Anti-globalization andanti-capitalist campaigners' confidence has been emboldeneddue to the present economic crisis. Protectionist rhetoric isgrowing as are the arguments to control and regulate markets. Leaders are meeting to discuss how to face these problems andcreate a new international architecture. How did we get tothis position? What should we do? What is it that determineswhy some contemporary states are successful while others havefailed?

Saving Globalization departs from its analysis ofthe globalised economy in the twenty-first century to answer thesequestion by tracing the development of what Moore considers to be'the big ideas of history': democracy, independentcourts, the separation of church and state, property rights,independent courts, a professional civil service, and civilsociety. Democratic capitalism has worked for most people. Why? It is a remarkable story, from the Greeks to the Geeks,encompassing technological progress and the corrections andcontradictions between liberty and equality, technology, growth andthe environment. In defence of the many virtues andopportunities that globalisation offers, Mike Moore makes the casefor a fresh and new approach to our international Institutions andfor domestic policies that promote equity and fairness.

The book controversially attacks the new enemies of reason andevidence. The threats now come from all sides, especiallyworkers in developed countries who fear for their jobs. MikeMoore is a political practitioner turned theoretician.
Foreword.

A Note About Terminology.

Chapter 2: The Rise and Rise of China.

Chapter 4: The Islamic World: The Need for MutualRespect.

Chapter 7: The Gift of Greece.

Chapter 10: Magna Carta and Beyond.

Part 3: THE PILLARS OF FREEDOM AND PROGRESS.

Chapter 13: The Need for Good Governance.

Chapter 17: Mobility and the Decent Society.

Part 4: ENEMIES OF THE OPEN SOCIETY.

Chapter 19: The Dangers of Absolute Conviction.

Chapter 20: The Enemies of Reason.