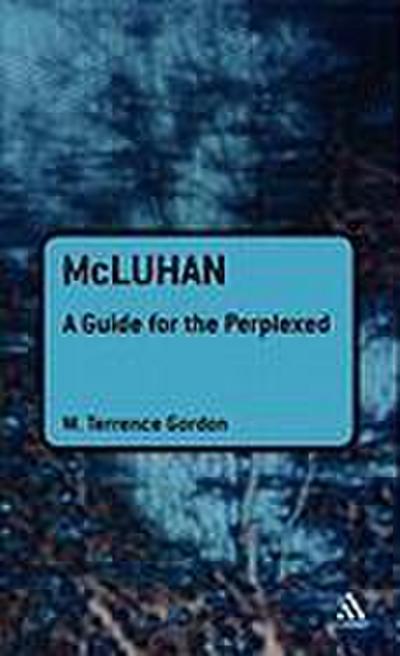 W. Terrence Gordon is Professor Emeritus at Dalhousie University, Halifax, Nova Scotia, Canada and Part-time lecturer in Linguistics at St. Mary's University, Halifax. He is the author of the three titles on McLuhan and the editor of the critical editions of his Understanding Media (2003), McLuhanUnbound (2005), and The Classical Trivium: The Place of Thomas Nashe in the Learning of his Time (2006). His McLuhan for Beginners brought him the invitation from the McLuhan family to write his biography: Marshall McLuhan: Escape into Understanding, critically acclaimed in The New York Times and many other sources. Professor Gordon is also the librettist of a multimedia opera about McLuhan. His Everyman's Joyce is scheduled for release this month.
Preface; 1) Introduction: Background, Context, Definitions, and...Stumbling Blocks; 2) Literary Links: G. K.Chesterton, Ezra Pound & T.S. Eliot, James Joyce, Thomas Nashe; 3) From Madison, Wisconsin to Madison Avenue:The Mechanical Bride and her Electrical Brood; 4) From Media as Political Forms to Understanding Media; 5) McLuhan's Tool Box: From Through the Vanishing Point to Laws of Media; 6) Using Mcluhn's Tools; 7) Further Readings; 8) Notes; 9) References.
McLuhan: A Guide for the Perplexed is a close reading of all of his work with a focus on tracing the systematic development of his thought.