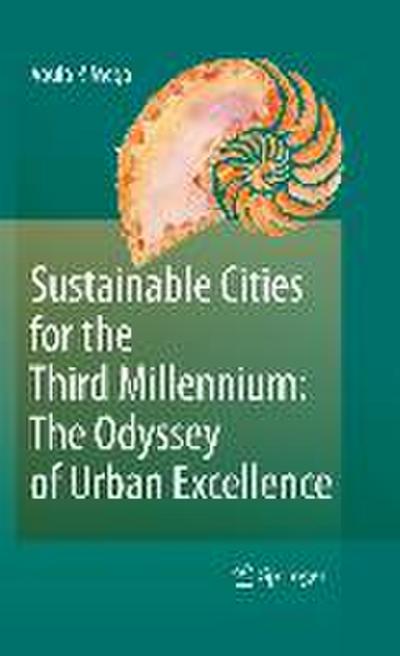 Sustainable Cities for the Third Millennium: The Odyssey of Urban Excellence

This book addresses the most critical challenges for cities and analyses breakthrough responses
Cities in an Era of Fragility.- For a New Balance Among Nature, Humans and Artefacts in Cities.- Transport for Sustainable Cities.- Energy for Sustainable Cities.- Competitive and Attractive Cities.- Social Justice and Solidarity in Cities.- The Cities of Sciences, Culture and the Arts.- The Urban Renaissance of the Third Millennium.- The Cities of the Citizens.- Sustainability Indicators: The Benchmarks of Urban Excellence.
At the dawn of the third millennium, planet Earth entered a zone of turbulence. The 2008 crisis added economic uncertainty to the threat of global warming and extreme events such as droughts, floods and cyclones, the persisting crisis of p- erty and the spectrum of pandemics and terrorism. Against this global landscape in an era of fragility, cities, already sheltering more than half of humankind, appear as Janus-faced realities, the best and worst of places, vulnerable but still full of hope and will to overcome the crisis of societal values and progress in the path of susta- able development. This book addresses the most critical challenges for cities, humanity's collective masterpieces in danger, and analyses breakthrough responses for sustainable dev- opment, a globalisation with human face and the transition to inclusive post carbon communities. The ultimate wish is that experts, city planners, decision-makers and citizens in search of sustainable cities could find here some sources of information and inspiration to enhance the immense possibilities of cities and embrace the best possible trajectories of change.