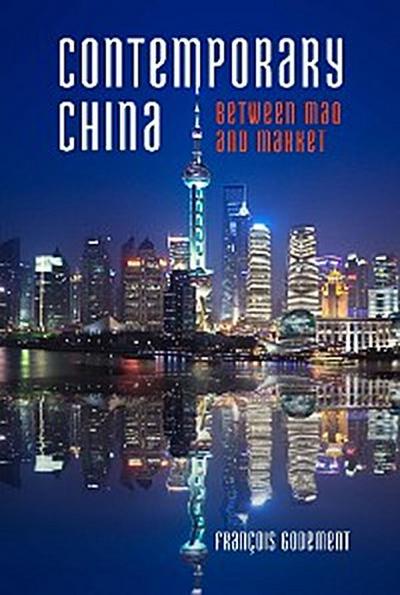 This overview of Chinese politics, economy, and society by a respected international scholar provides a thoughtful synthesis and brilliant analysis of today’s China.

This overview of Chinese politics, economy, and society by a leading scholar offers a deeply informed assessment of China’s last decade—its debates and political infighting, its rising and assertive international profile, and the forceful initiatives taken by Xi Jinping, who is proving to be China’s strongest leader since Mao and Deng. François Godement moves from the inner workings of the Party elite to the economic policies that have made China the world’s factory while fueling growing inequality. He explains the recent turn of China’s foreign policy to assertiveness, showing its roots in domestic political competition. He illustrates this trend with the case of Sino-Japanese relations, which have fluctuated wildly since the start of the reform era in 1978. Providing rare and vivid insights into the trenches of Chinese politics, the book illuminates dramatic corruption cases, behind-the-scenes decision-making processes, and a political and intellectual establishment torn between political reform and nationalism. It will be of interest not only to academics and students but also to general readers interested in China’s political scene beyond the headlines.

This book was originally published in French as “Que veut la Chine? De Mao au capitalisme” and was translated by Rhoda B. Miller.


1 Inside the Chongqing Furnace


4 Crossing the River, or the Impossible Political Transition


7 Wukan, or the Possibility of an Election


11 Integration vs. Sovereignty: The Strategy Debate