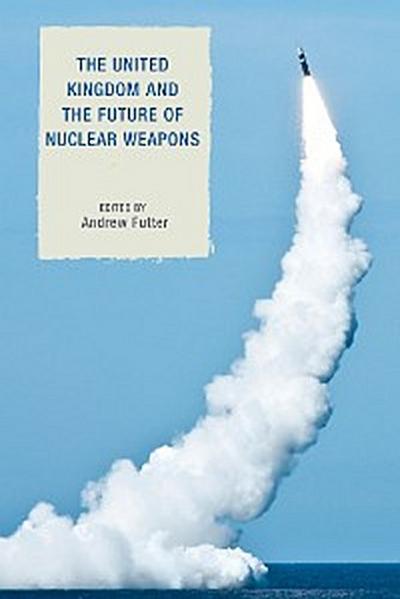 The United Kingdom and the Future of Nuclear Weapons

This volume provides a study of the current UK nuclear program and related issues that reflect the complexity of the Trident weapons system and the changing nature of deterrence. Presenting the political, cultural, technical, and strategic aspects of Trident it provides a thoughtful overview of the UK’s complex relationship with nuclear weapons.
Since 1969, the United Kingdom always has always had one submarine armed with nuclear-tipped ballistic missiles underwater, undetected, in constant communication, ready at a set notice to fire at targets anywhere in the world. This is part of its Trident Programme, which includes the development, procurement, and operation of the current generation of British nuclear weapons, as well as the means to deliver them. Operated by the Royal Navy and based at Clyde Naval Base on Scotland’s west coast, it is the most expensive and most powerful capability of the British military forces.

In 2016, the United Kingdom had to decide on whether to go ahead and build the next generation of nuclear submarines that will allow the UK to remain in the nuclear business well into the second half of this century. The book presents the political, cultural, technical, and strategic aspects of Trident to provide a thoughtful overview of the UK’s complex relationship with nuclear weapons. The authors, both scholars and practitioners, bring together diverse perspectives on the issue, discussing the importance of UK nuclear history as well as the political, legal, and diplomatic aspects of UK nuclear weapons—internationally and domestically. Also addressed are the new technical, military, and strategic challenges to the UK nuclear thinking and strategy.
Foreword – Sir Lawrence Freedman


Chapter 7: The Legality and Legitimacy of Trident Renewal – William Walker


Chapter 13: The Future of Political Opposition to Trident – Toby Fenwick