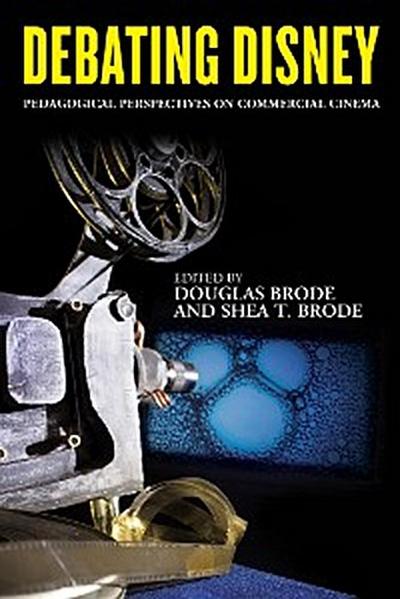 Disney continues to be one of the dominant forces of popular culture, not only in America, but worldwide. The company’s various films have drawn a mix of admiration and disdain. This collection of essays consider how films produced by Disney represent the best and worst the studio has offered over its nine decade history.
With stakes in film, television, theme parks, and merchandising, Disney continues to be one of the most dominant forces of popular culture around the globe. Films produced by the studio are usually blockbusters in nearly every country where they are released. However, despite their box office success, these films often generate as much disdain as admiration. While appreciated for their visual aesthetics, many of these same films are criticized for their cultural insensitivity or lack of historical fidelity.

In Debating Disney: Pedagogical Perspectives on Commercial Cinema, Douglas Brode and Shea T. Brode have assembled a collection of essays that examine Disney’s output from the 1930s through the present day. Each chapter in this volume represents the conflicting viewpoints of contributors who look at Disney culture from a variety of perspectives. Covering both animated and live-action films as well as television programs, these essays discuss how the studio handles social issues such as race, gender, and culture, as well as its depictions of science and history.


Though some of the essays in this volume are critical of individual films or television shows, they also acknowledge the studio’s capacity to engage audiences with the quality of their work. These essays encourage readers to draw their own conclusions about Disney productions, allowing them to consider the studio as the hero—as much as the villain—in the cultural deliberation. Debating Disney will be of interest to scholars and students of film as well as those with an interest in popular culture.