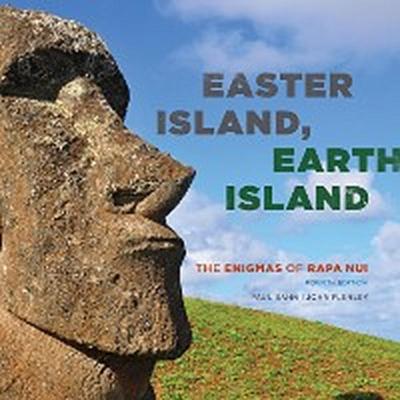 In this account of Easter Island, Bahn and Flenley explore the archaeology, history, and legends surrounding the fascinating prehistoric culture that called this remote volcanic island home.
Easter Island, isolated deep in the South Pacific and now a World Heritage Site, was home to a fascinating prehistoric culture—one that produced massive stone effigies (the moai) and the birdman cult—and yet much of the island’s past remains shrouded in mystery. Where did the islanders come from, and when? How did Rapa Nui culture evolve over the centuries? How, and why, did their natural environment change over time?

Paul Bahn and John Flenley guide readers through the mysteries and enigmas of Rapa Nui, incorporating the records of early explorers, folk legends, and archaeological evidence along the way. They cover the island’s geological and environmental history and explore its flora and fauna, illustrating how human actions affected the natural environment of the island. This fourth edition draws in: recent DNA studies of ancient human and animal bones as well as plant remains; evolving understandings of how the moai were transported; and current efforts to reforest the island.
Preface


1: The Island and its Geography


Part I: The Original "Boat People"


6: The Riddle of the Quarry


7: Rocking or Rolling: How Were the Statues Moved?


11: The Island That Self-Destructed