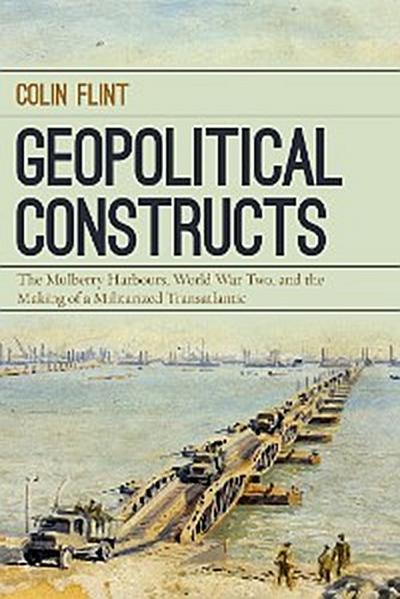 Using unknown archival material to give voice to those who made the Mulberry Harbours to supply the military advance after D-Day and implemented a global military strategy in World War Two, this book brings the “big picture” back to geopolitics, showing how the everyday actions of individuals made, and were made by, geopolitical settings.
This innovative book tells a unique story about D-Day, one that does not concentrate on the soldiers who hit the beaches or the admirals and generals who commanded them. Instead, Colin Flint brings engineers, businessmen, and bureaucrats to center stage. Through them, he offers a different way of thinking about war, one that sees war as an ongoing set of processes in which seemingly isolated acts are part of broader historical developments. Developing the concept of geopolitical constructs to understand wars, the author connects specific events to long-term and global geopolitical arrangements.

Focusing on the construction of the Mulberry Harbours—massive artificial structures dragged across the English Channel in the immediate wake of the invading force—Flint illustrates how the process of making war links a vast array of people, institutions, and places, as well as past events and future outcomes. He argues that the people who designed and built the Harbours became geopolitical subjects by producing pieces of engineering that helped shape the course of World War Two and the Cold War that followed, which created a militarized trans-Atlantic that remains today. Using previously unpublished archival material to give voice to those who made the Mulberry Harbours and wartime strategy, this original study broadens the historical and geographical scope of how we understand war, showing how the everyday actions of individuals made, and were made by, geopolitical settings.
List of Figures


Chapter One: Introduction: The Mulberry Harbours and Ways to Think About War


Chapter Three: The Scope of the Mulberry Harbour Project: Demanded by


Strategy, Made by Committee


Chapter Four: Bureaucratic Construct: “Millions spent on a plan which had not


Chapter Five: Good Geopolitical Subjects: “Did we, Sir, do well?”


Chapter Six: The Business of Making the Mulberry Harbours: “War may be


an intensification in the development of our lives”


Chapter Seven: Making Places: “You are probably aware that a scheme has been