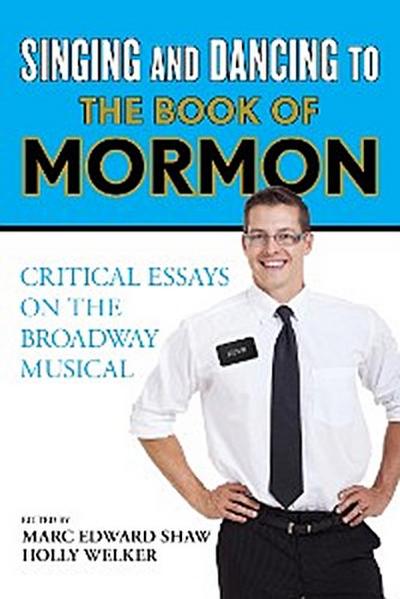 Singing and Dancing to The Book of Mormon

Singing and Dancing to The Book of Mormon examines a cultural phenomenon, asking: What made The Book of Mormon such a success? In what ways does the work utilize established artistic traditions (musical theatre, comic tropes), but revise them to create something new? What cultural buttons does the work push in religion and world affairs? What artistic and social boundaries—and the transgression of those boundaries—give the work its edge? What is the effect of the work on particular audiences: in the theatre, in academia, in religious/Mormon studies, and beyond?
One of the most successful shows in Broadway history, The Book of Mormon broke box office records when it debuted in 2011 and received nine Tony awards, including Best Musical. A collaboration between Trey Parker and Matt Stone (creators of the show South Park) and Robert Lopez (Avenue Q), the show was a critical success, cited for both its religious irreverence and sendup of musical traditions.

In Singing and Dancing to The Book of Mormon: Critical Essays on the Broadway Musical, Marc Edward Shaw and Holly Welker have assembled a collection that examines this cultural phenomenon from a variety of perspectives. Contributors to this volume address such questions as:

Another focus in this volume is the official and unofficial Mormon reactions to the musical.

Because the coeditors and several of the contributors have ties to the Mormon community, they offer unique perspectives on the musical’s finer points about Mormon doctrine. Beyond the obvious appeal to theatre devotees, Singing and Dancing to The Book of Mormon will be of interest to scholars of religion, sociology, theatre, and popular culture.