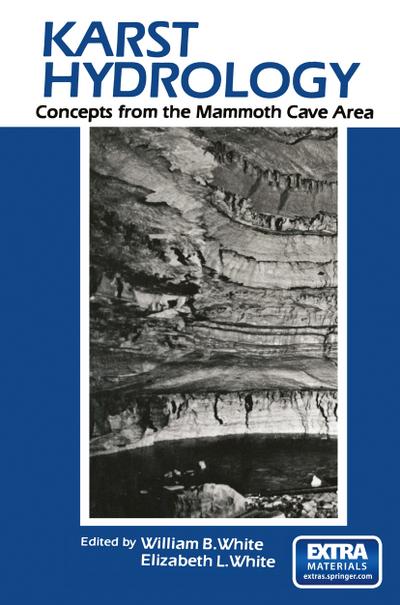 Springer Book Archives
1. Introduction to the Karst Hydrology of the Mammoth Cave Area.- 2. Hydrogeology of the South-Central Kentucky Karst.- 3. Subsurface Drainage in the Mammoth Cave Area.- 4. Water Budget and Physical Hydrology.- 5. Flood Hydrology.- 6. Chemical Hydrology.- 7. Cave Systems South of the Green River.- 8. Caves and Drainage North of the Green River.- 9. Hydraulic Geometry of Cave Passages.- 10. Fracture Controls on Conduit Development.- 11. Stratigraphic and Structural Control of Cave Development and Groundwater Flow in the Mammoth Cave Region.- 12. Geomorphic History of the Mammoth Cave System.- Author Citation Index.
This volume has its roots in the distant past of more than 20 years ago, the International Hydrologic Decade (IHD), 1964-1974. One of the stated goals of the IHD was to promote research into groundwater situations for which the state of knowledge was hopelessly inadequate. One of these problem areas was the hydrology of carbonate terrains. Position papers published early in the IHD emphasized the special problems of karst; carbonate terrains were supposed to receive a substantial amount of attention during the IHD. There were indeed many new contributions from European colleagues but, unfortunately, in the United States the good intentions were not backed up by much in the way of federal funding. Some good and interesting work was published, particularly by the U. S. Geological Survey (USGS), but in the academic community the subject languished. About this same time the Cave Research Foundation (CRF), organized in 1957 to promote the systematic exploration, survey, and scientific study of the great cave systems of Mammoth Cave National Park, was casting about for a broader scope for its research activities. Up until that time, CRF research had been largely restricted to detailed mineralogical and geological investigations within the caves, with the main part of the effort concentrated on exploration and survey. The decision to investigate the hydrology required a certain enlargement of vision because investigators then had to consider the entire karst drainage basin rather than isolated fragments of cave passage.