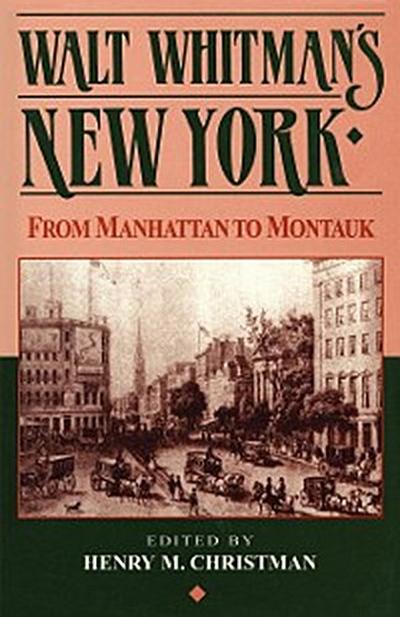 The pages of this extraordinary regional book reveal Whitman not only as poet, but also as serious journalist. Whitman, who lived in the New York area for the first forty-two years of his life, wrote these articles to celebrate his zest and enthusiasm for New York City and Long Island. Originally newspaper serials, this collection bears the impress of Whitman's humanity.
This is probably the most notable of all regional books about New York and Long Island. It is the work of Walt Whitman, and its pages reveal the serious professional journalist, and not seldom the poet, writing brave things in prose.
The editor comments in his introduction, "Whitman, though a native of the New York area, loved it and wrote of it with the zeal and zest usually found only in those from elsewhere who have made New York their chosen home." Indeed, he lived in the region for the first forty-two years of his life; successfuly edited newspapers in Brooklyn, Manhattan, and Long Island; and wrote for many years following. The articles collected in this volume by Henry M. Christman were conceived as a book by their author but appeared in a series entitled "Brooklyniana" that appeared in the
Brooklyn Standard. All bear the impress of Whitman's humanity and show the breadth of his interest in "the great play of life and business going on around us."