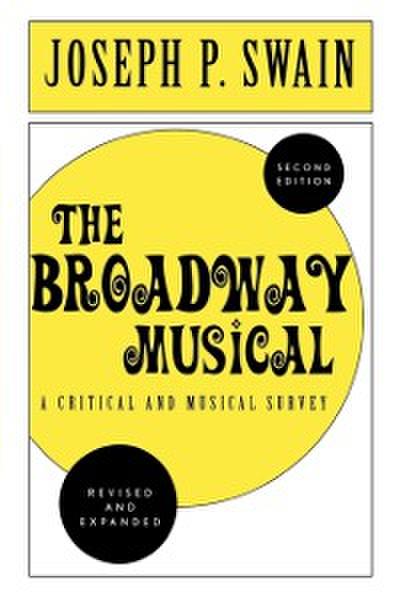 The Broadway Musical: A Critical and Musical Survey


This provides insights into the many impressive musicals to hit the stage between the years of 1927 and 1987, illuminating how specific revisions to productions such as
Showboat and,
Oklahoma! forever changed their popularity. Learn how music is used as a symbol for psychological or emotional action from Shakespearean drama's such as
Kiss Me, Kate and
West Side Story, to more current dramas including
Godspell,
A Chorus Line, and
Jesus Christ Superstar.

Replete with a never seen before essay on
Les Misérables, this edition also includes an expanded epilogue highlighting the phenomena behind
Miss Saigon and
Phantom of the Opera, "megamusicals" that changed the direction of the Broadway tradition.

For professors of dramatic arts and people interested in Broadway musicals, theater, popular music and opera.

Chapter 1 Preface to the First Edition

Chapter 2 Preface to the Second Edition

Chapter 21 About the Author