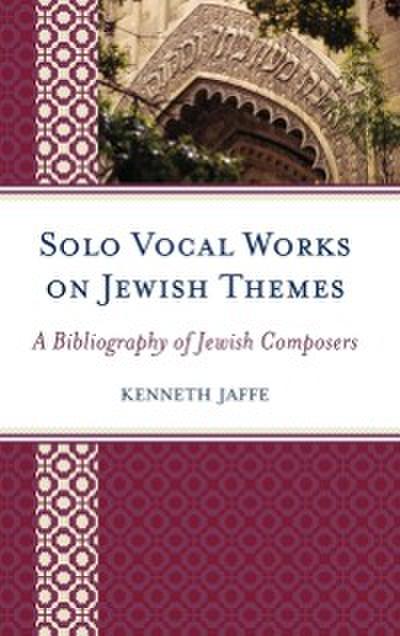 The works are organized by composer and subdivided by genre, and each entry is fully annotated, detailing the title, opus, voicing and instrumentation, text source, commission, year completed, year and location of the premiere, the year of publication and the publisher (if any), the location of scores, and the duration of the work. The works are then broken down by theme, such as Biblical themes, works for children, works of the Holocaust or Jewish suffering and persecution, interfaith works, and wedding music. They are then cross-referenced by voice type, arrangement, and by title. A list of libraries and publishing houses of Jewish music rounds out this invaluable reference.