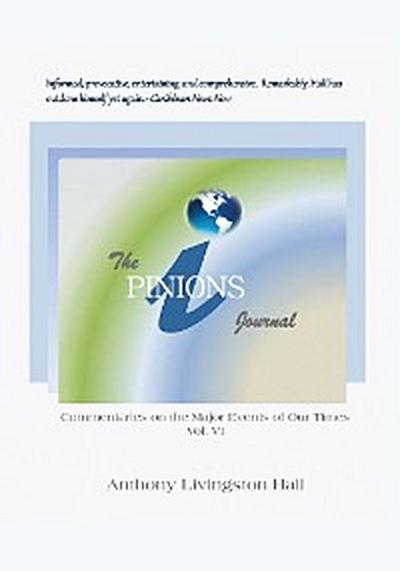 In the sixth volume of The iPINIONS Journal, political commentator Anthony Livingston Hall shares an intelligent, humorous, and sometimes moving collection of essays that provide an entertaining and thought-provoking recap of 2010’s major events.

With a unique perspective, Hall provides commentary on the passage of the healthcare reform, the BP oil spill, and whether Michael Jackson is the biological father of his children. As he offers his opinion on an eclectic mix of political, social, and cultural events that include the Tea Party craze, political upheaval in the Ukraine, the Jersey Shore phenomenon, the unity pact among the Chilean miners, the military quagmire in Afghanistan, and the rehabilitation of Michael Vick, Hall displays his worldview with a passion for international current events that is unsurpassed. Included are his post-mortem commentaries on famous people who made pioneering or extraordinary contributions to mankind such as: United States Senator Robert Byrd, New York Yankees Owner George Steinbrenner, and Tom Bosley of the television show Happy Days.

This volume of commentaries is a valuable resource for anyone who wants to recall, assess, and engage in lively discussions about the major events of 2010.