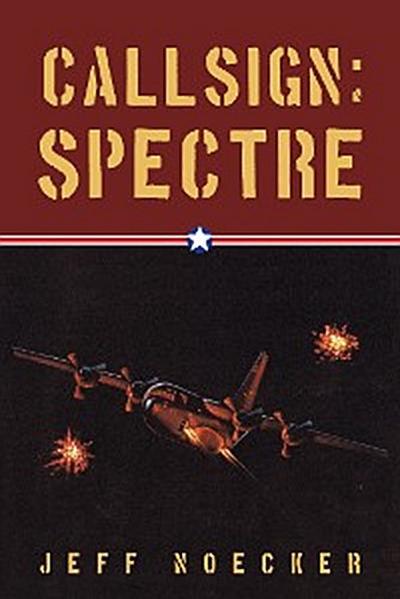 Callsign: Spectre is the true story of a young man from a small town in Pennsylvania who grows up and enlists in the United States Air Force at nineteen. Nearly forty years after the fact, Jeff Noecker recounts his combat flight experiences from the Vietnam War flying in an AC-130 Spectre gunship. The story follows him from his initial air force training to being accepted into an unusual Special Operations unit.
What sets this story apart from the others that have been written about Vietnam is the Spectre gunship that Noecker flew in on his missions. While the US Air Force was flying hundreds of F-4s, F-105s, B-52s, OV-10s, O-2s, A-7s in Vietnam and Southeast Asia, there were only fourteen AC-130A Spectre gunships in theater and only one squadron that flew them—Noecker’s squadron. There were even fewer than fourteen when the program began in 1968; the first few flew out of a base in Vietnam.

The stories contained here resemble a diary, presenting both personal anecdotes of Noecker’s and of stories he heard over the course of his time in service. Some of these may seem a bit farfetched, but Noecker sticks to the facts as much as possible. Unbelievable as some of the stories sound, his tales of his time in the air are unmistakably true.

After being "live" for a year, I find that one piece of data was incorrect in the original printing. This has been corrected and a small amount of other data has been added. The corrections appear in the second printing of both hard and soft covers which are available now and will be available in ebook format very soon.