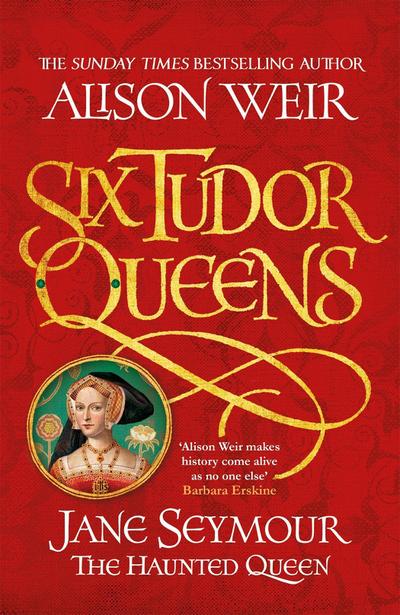 Weir, Alison
Alison Weir is the top-selling female historian (and the fifth-bestselling historian overall) in the United Kingdom, and has sold over 3 million books worldwide. She has published nineteen history books, including her most recent non-fiction book, Queens of the Crusades, the second in her England's Medieval Queens quartet. Alison has also published several historical novels, including Innocent Traitor and The Lady Elizabeth.

Katharine Parr: The Sixth Wife is Alison Weir's eleventh published novel and the final book in the Six Tudor Queens series about the wives of Henry VIII, which was launched in 2016 to great critical acclaim. All five previous novels in the series were Sunday Times bestsellers.

Alison is a fellow of the Royal Society of Arts and an honorary life patron of Historic Royal Palaces.
The third stunning novel in the Six Tudor Queens series by foremost and beloved historian Alison Weir
'This brilliant book is a bombshell! Jane Seymour the shy mouse type? Think again!' Kate Williams

Alison Weir, historian and author of the Sunday Times bestsellers Katherine of Aragon: The True Queen and Anne Boleyn: A King's Obsession, draws an enthralling portrait of Jane Seymour, Henry VIII's third queen, as you've never seen her before. Essential reading for fans of Philippa Gregory and Elizabeth Chadwick.

THE WOMAN HAUNTED BY THE FATE OF HER PREDECESSOR.

Eleven days after the death of Anne Boleyn, Jane is dressing for her wedding to the King.

She has witnessed at first hand how courtly play can quickly turn to danger and knows she must bear a son . . . or face ruin.

This new Queen must therefore step out from the shadows cast by Katherine and Anne. In doing so, can she expose a gentler side to the brutal King?

JANE SEYMOUR
THE THIRD OF HENRY'S QUEENS
HER STORY

Acclaimed, bestselling historian Alison Weir draws on new research for her captivating novel, which paints a compelling portrait of Jane and casts fresh light on both traditional and modern perceptions of her. Jane was driven by the strength of her faith and a belief that she might do some good in a wicked world.

History tells us how she died.
This spellbinding novel explores the life she lived.

'Can't wait for the next one in the series'

'Weir really captures the essence of the people, I could envisage and understand all of them, this really is history brought to life'