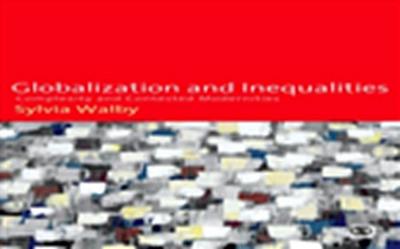 Sylvia Walby offers an innovative new theoretical framework for explaining social inequalities around the world. A highly anticipated new book from a major name in the social sciences.
How has globalization changed social inequality? Why do Americans die younger than Europeans, despite larger incomes? Is there an alternative to neoliberalism? Who are the champions of social democracy? Why are some countries more violent than others?


In this groundbreaking book, Sylvia Walby examines the many changing forms of social inequality and their intersectionalities at both country and global levels. She shows how the contest between different modernities and conceptions of progress shape the present and future.

The book re-thinks the nature of economy, polity, civil society and violence. It places globalization and inequalities at the centre of an innovative new understanding of modernity and progress and demonstrates the power of these theoretical reformulations in practice, drawing on global data and in-depth analysis of the US and EU.

Walby analyses the tensions between the different forces that are shaping global futures. She examines the regulation and deregulation of employment and welfare; domestic and public gender regimes; secular and religious polities; path dependent trajectories and global political waves; and global inequalities and human rights.

Progress as a contested project

Modernity? Postmodernity? Not yet Modern? Varieties of Modernity?

Globalization as the erosion of distinctive and separate societies

Coevolution of global processes with trajectories of development

Implications of globalization for social theory

Bodies, Technologies and the Social

State Welfare as part of the Economy

What are Economic Inequalities? What is Progress in the Economy?

From Pre-Modern to Modern: The Second Great Transformation

Polities Overlap and do not Politically Saturate a Territory

The development of democracy

Developing the Ontology of Violence

Path Dependency in Trajections of Violence

Path Dependency at the Economy/Polity Nexus?

Path Dependency at the Violence Nexus

Path dependency of the violence nexus in OECD countries

Development and the public gender regime

Key Indicator Sets: What Indicators; What Underlying Concepts of Progress?

Extending the Frameworks and Indicators of Progress: Where do Environmental

Achievement of Visions of Progress: Comparing Neoliberalism and Social Democracy

Gender Transformations: The Emergence of Employed Women as the New Champions of Social Democracy

Employed women as the new champions of social democracy

Dampeners and Catalysts of Economic Growth: War and Gender Regime

Contesting Hegemons and the Future of the World

The Challenge of Complex Inequalities and Globalization to Social Theory