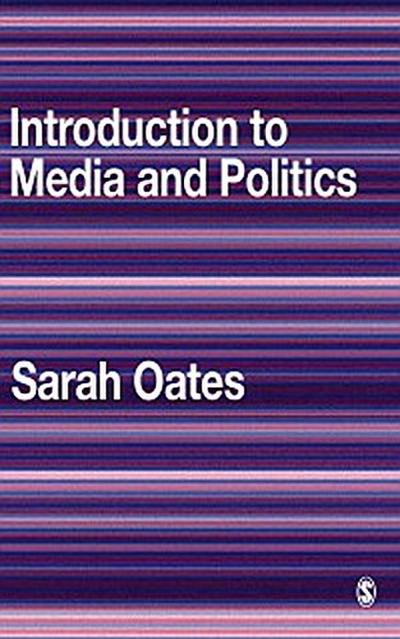 Introduction to Media and Politics

This highly accessible text compares media institutions and political experiences in countries around the world, including the United States, the United Kingdom, and Russia, to enable students to think critically about the central questions in the study of media and politics. The book balances contemporary case studies with explanations of key theories and concepts, and includes a section on political communication research methods, empowering students to fully understand - and conduct their own comparative research into - the impact of media on the political sphere.


′...a lively introduction to media and politics, with timely chapters on the media, war and terrorism and the internet. If you want to know why media matters in politics this is a great place to start′ - Dr Margaret Scammell, London School of Economics and Political Science

′This book has the truly international perspective that helps to put politics and media in the context of current world events...a unique and valuable text′ - Professor Lynda Lee Kaid, University of Florida


′...a new and promising perspective to the study of media and politics in a comparative dimension′ - Professor Paolo Mancini, Università di Perugia


Introduction to Media and Politics draws together evidence from the United States, the United Kingdom, Russia and beyond to provide students with an understanding of the relationship between the media and the political sphere.


- balances theory with case studies on elections, war, terrorism, and the emerging role of the Internet, enabling the reader to think critically about how the media should work in the service of democracy.


- places the study of media and politics in a comparative perspective, allowing the reader to consider how the same media institutions - including commercial and public service broadcasting, paid political advertising, and war coverage - function in different countries.


This text is essential reading for advanced undergraduate and postgraduate students of media and politics.

The Media Audience in Comparative Perspective

The Internet and Democracy

The Internet and Protest

Research Methods for Media and Politics