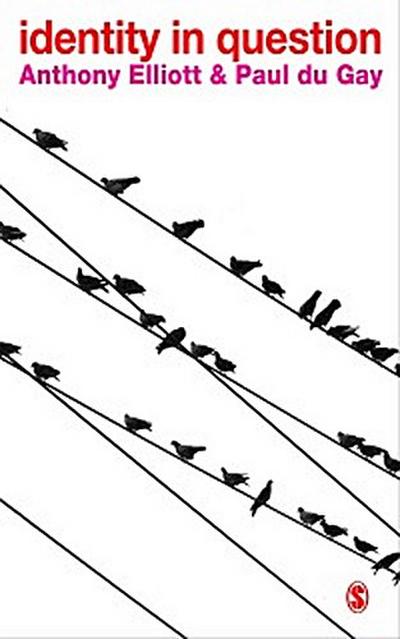 A collection of essays on identity and the self from some of the biggest names in social theory today.
"A spectacular collection of essays by the most noted theorists of identity. The book well frames the issues around identity that presently are defining living in the early 21st century … A must read."

"A wonderfully disparate and impressively distinguished set of authors to address the question of identity. The result is exciting and fruitful. No other book connects so elegantly sociological notions of individualization with the psychoanalysis of melancholy."


Identity in Question brings together in a single volume the world′s leading theorists of identity to provide a decisive account of the debates surrounding self and identity.

Presenting incisive analyses of the impact of globalization, postmodernism, psychoanalysis and post-feminism upon our imaginings of self, this book explores the complexity, contentiousness and significance of current debates over identity in the social sciences and the public sphere.

As these contributions make clear, mapping the contours and consequences of transformations in identity in our globalizing world is not simply an academic exercise. It is a pressing concern for public and political debates. As identity continues its move to the centre of political life, so too do the possibilities for creatively re-imagining how we choose to live, both individually and collectively, in an age of uncertainty and insecurity.


Identity in Question is essential reading for all students of self, identity, individualism and individualization.

The Global New Individualist Debate: Three Theories of Individualism and Beyond - Anthony Elliott and Charles Lemert

The Constitution of the Subject: Primary Repression after Kristeva and Laplanche - Anthony Elliott