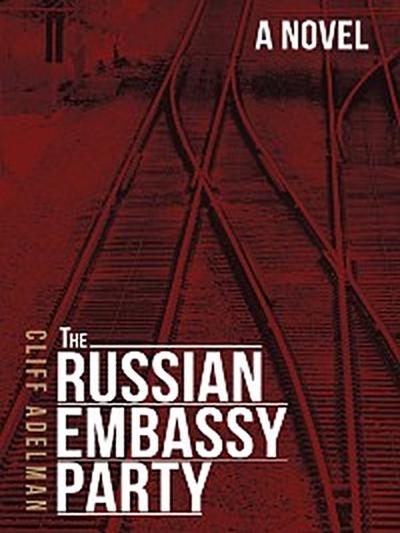 A ride on the edges of history, with all its unanticipated connections, from the 1963 March on Washington to the 1993 chaos of Yeltsins Russia.
When an ex-CIA agent convinces a bumbling law student to write a term paper on international rights on the high seas, the student and his roommates in Washington wind up with the whole Soviet Embassy coming to dinner. This happened on August 10, 1963, and has never been marked in the history books. Out of this encounter spins a story of revenge, counterpoint, and rollicking foolishness, ending on a railroad platform by the Russian-Finnish border in September, 1993. The Russian Embassy Party follows its sort-of-ordinary people in a not-so-ordinary web through the edges of history (the set for I Have a Dream, watching the fall of the Berlin Wall, revelations of the Katyn Forest Massacre, the last gasp failed Soviet coup of August 1991, stumbling attempts to shore up democracy in Yelstins Russia) until . . . Well, lets say only that there is a good dose of history in the story, and a larger dose of realism in the minds, environments, and conversations of both American and Russian protagonists and supporting cast. At the same time, the echoes of the 1963 Russian Embassy Party itself (when the students behaved and talked like the late-adolescents they were) cut veins through the story, linking its participants in ways they realize, bit by bit, as adults.