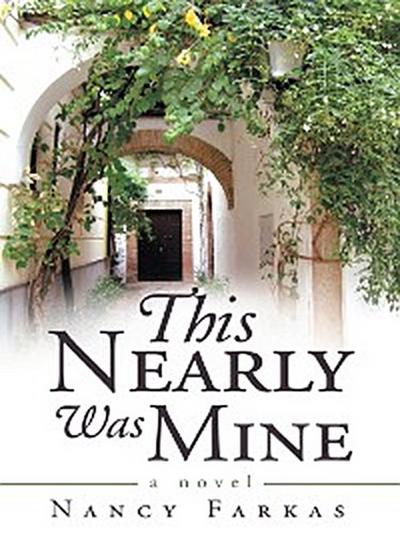 This Nearly Was Mine

In the summer of 1980, Annie, fresh out of graduate school, escapes a doomed engagement by fleeing to the Costa del Sol in Spain. The young traveler is seduced by the striking landscape and the shimmering sea, but not as profoundly as she was by Francisco, a local musician with a complicated past and a troubled soul. Her adventures propel her into adulthood and a life teased with what might have been.Twenty-six years later, Annies teenage daughter Marielle, curious about her mothers stories, searches for Francisco while on a backpacking trip through Spain. When Marielles search is successful, Annies thoughts return to her romantic past amidst the magnificent backdrop of the steamy Mediterranean coast. Franciscos unexpected reappearance ignites powerful feelings she didnt know were still simmering.
Annie obsessively questions every decision she made that summer and wonders about a life that could have been hers had she stayed. She is torn between her love and devotion to her husband and the intercontinental pull to the life she has fantasized about for decades.
Will she sacrifice the life shes built with her husband for one that nearly was hers so many years ago?