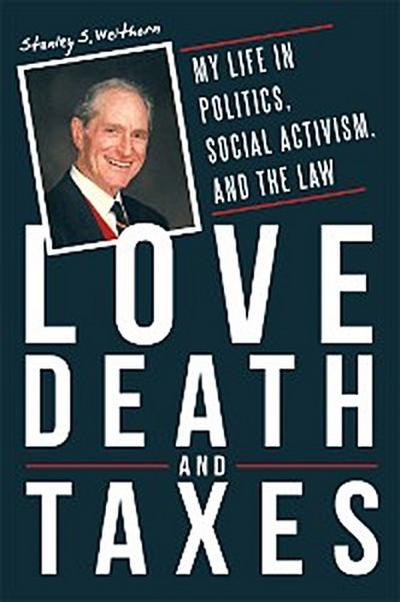 Stanley Weithorn has lived one of the most remarkable personal and professional sagas of our time. Survivor of an abusive childhood, he became a political activist, legal pioneer, and a crusading philanthropist. Weithorn worked his way through law school, became a partner in a prestigious firm, and then almost single-handedly created a new field of practicecharitable tax law. He wrote the first book on the subject, a seven-volume treatise more than 5,000 pages long that he updated for twenty-five years.
More important, he applied his expertise to social and political causes, waging legal battles on behalf of the poor, the environment, freedom of speech, womens rights, gay rights, and the anti-war movement. Weithorns efforts won him more than his share of adversaries. He was targeted by the IRS and right-wing interest groups; he was named on Richard M. Nixons notorious enemies list. But if not for the legal brilliance and the moral commitment of Stanley Weithorn, groups ranging from The Nature Conservancy and the National Resources Defense Council to People for the American Way and the National Gay & Lesbian Task Force might have been crippled in their effortsif they existed at all.

In Love, Death, and Taxes, Stanley Weithorn tells the story of his event-filled life, including his personal struggles against illness and family tragedy as well as the political and professional battles he fought on behalf of societys least-fortunate. Feisty, frank, candid, and opinionated, Love, Death, and Taxes is one of the most unusual memoirs you will ever read.