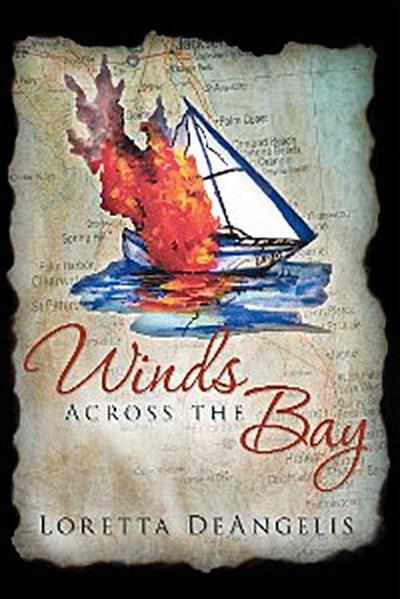 Winds Across the Bay

When ex-cop-turned-college professor Colt Keel dies in an explosion on his sailboat, lead investigator Jake Lester thinks its an accident. Amy, Keels wife believes it was murder, and shes determined to find the truth. When Jake realizes it was no accident, Amy is right at the top of the list of suspects. Jake suspects Amy, because he knows secrets from Keels past. Amy suspects everybody else.
Keel was always a controversial figure, often doing the wrong thing for the right reason. Keel and his wife had become environmental activists. By trying to find out who killed Keel, a man of many identities emerges. He was a classic idealist, who loved his family, life, and the environment.

Amy decides to become actively involved in the investigation, a fact Jake is non too pleased with. Why cant she just stay out of his way and let him do his job? Although they are at odds at every turn, Jake develops a begrudging admiration for Amys staunch dedication to finding her husbands murderer. With a suspect list of crooked politicians, marina bums, and other unsavory characters, finding the killer isnt going to be easy.