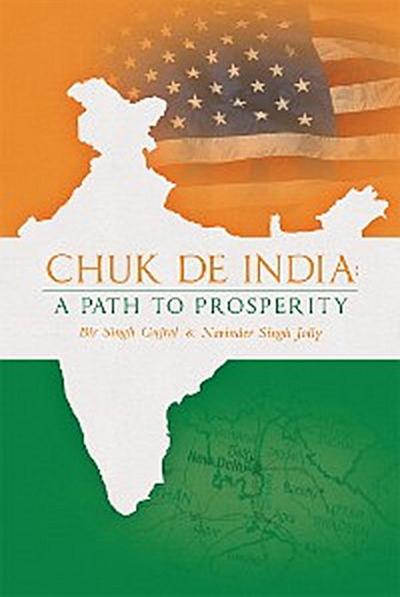 In 1991, it was time for India to shed its obsolete guiding principles. Fundamental changes would be needed to transform Indias economic lethargy into vibrancy and vigor. In Chuk De India: A Path to Prosperity, authors Bir Singh Gujral and Narinder Singh Jolly chronicle Indias post-1991 economic renaissance, which turned the nation into an emerging global economy.
Gujral and Jolly show how India, the worlds second-largest country, became a key actor on the global stage. It provides the answers to questions about Indias transformation:

What 1991 economic crisis forced India to secure an emergency loan from the IMF by pledging sixty-seven tons of gold as collateral?

Why was Dr. Manmohan Singh selected as the finance minister?

What revolutionary reforms were implemented to avert the crisis and make India the second-fastest growing economy of the world?

How was India able to maintain a six to seven percent economic expansion while major economies suffered through a meltdown recession in 20072008?

What systemic and social challenges did India confront to become a more prosperous nation?

Chuk De India: A Path to Prosperity explores how India currently stands as one of the most powerful and attractive world economies, how it is recognized as an emerging super power, and what it must do to maintain that status.