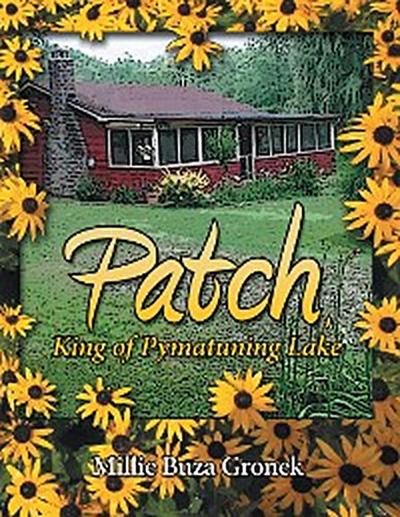 It is summer at Pymatuning Lake when Patch the cockapoo puppy is adopted. Smaller than the other dogs at the lake, Patch is an angry little man.
On his arrival at the lake cottage, Patch meets Mocha, a chocolate Labrador who befriends him and teaches him the ways of the lake. As Patch learns how to snag hot dogs off the table and dig up rocks in the lake, he soon learned to embrace the summers with Mocha by his side. But one year as fall begins, Mocha nears death and passes on his title as King of Pymatuning Lake to the still-angry Patch. Now only time will tell if the little dog can overcome his irritations in order to cope with his new responsibility, especially after he gets a new sister, Sam, who immediately disrupts his life. As the other dogs at the lake help him, Patch must learn the differences between a leader and a ruler as he struggles to establish his territory and find success.

PatchKing of Pymatuni
ng Lake is a tale for all ages about the seasons of life, its joys and its losses as told through a few precious dogs at Pymatuning Lake.


Cornerstone of Hope, a center for the grieving, is now using Patch, King of Pymatuning Lake in its Art Therapy program. They consider it an excellent resource for children and teens grieving for parents, grandparents, relatives and even their deceased pets.