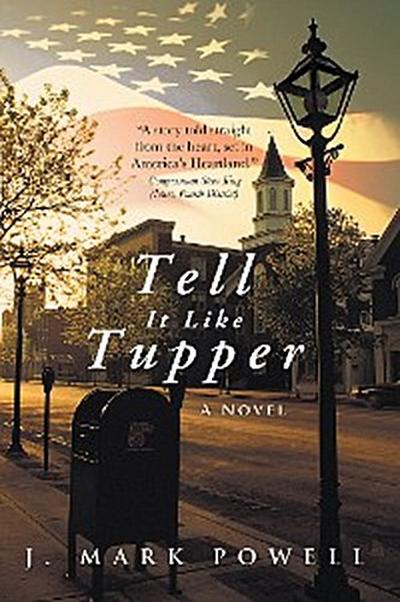 A car breaks down on a snowy road in rural Iowa, a passerby offers a ride, and a friendship is formed that will launch one man on the path to political greatness while unwittingly driving the other into the national spotlight and pushing his family to the brink of disintegration.
With this chance meeting, fate intertwines the lives of Glenn Tupper, a small engine repairman who lives a quiet life in tiny Creston, Iowa, with Senator Phil Granby, a presidential candidate whose campaign is a spectacular flop. When Granby departs from his prepackaged message and starts using Tuppers practical sayings, his political fortunes make a dramatic turnaround. But Tupper finds that even unsought fame comes at a painfully high price when a sinister force exposes a dark family secret that he did not know. Now it is up to Jarma Jordan, a quirky young blogger, to discover the hidden answers that could save Granbys campaign and rescue Tuppers family from ruin. But will her efforts be too little, too late?

In this intriguing tale, the chain of events builds to the eve of New Hampshires presidential primary with a candidacy -and one mans future- hanging in the balance.