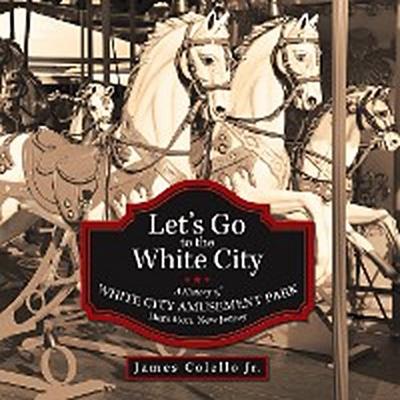 Let’S Go to the White City

During the first two decades of the twentieth century, thousands of people flocked to an enormously popular amusement park on the outskirts of Trenton, New Jersey, seeking thrilling rides and the amenities of Spring Lake. In Lets Go to the White City, James Colello Jr. shares the fascinating history of the park dubbed as The Coney Island of New Jersey.
In 1907, an experienced amusement director arrived in Trenton to encourage the creation of a large-scale amusement park. As his vision eventually came to fruition, one of the foremost summer parks of its day entertained patrons with many attractions, including fireworks displays, popular dances, band music, and dinners at the casino restaurant. With a focus on good, clean fun, White City Park also provided a place of enjoyment where revelers rode the carousel, circle swing, shoot-the-chute, and watched vaudeville acts. Included are photographs that help rekindle memories of a time when many in New Jersey proclaimed, Lets go to the White City!

Lets Go to the White City offers a never-before-seen glimpse into the twenty-year history of an amusement park that provided both the young and old alike with wonderful memories.