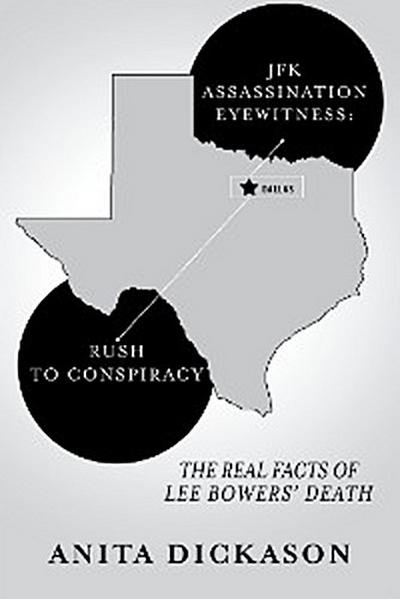 On November 22, 1963, Lee Bowers Jr. became a key witness to the assassination of President John F. Kennedy. Less than three years later, he was killed in a car accident twenty-seven miles south of Dallas near Midlothian, Texas, under mysterious circumstances. Was it just a simple car accident, or was Bowers killed because of what he saw on the day President Kennedy was shot and killed?
In JFK Assassination Eyewitness: Rush to Conspiracy, author Anita Dickason, a retired accident investigator, provides a step-by-step look into the progression of the research and analysis of the accident details, treating the matter as a cold case investigation. She shares how questions regarding Bowers death have added fuel to the JFK conspiracy theories in this decades-old Texas mystery.

JFK Assassination Eyewitness: Rush to Conspiracy examines the details of Bowers mysterious accident while providing a look into Texas history. Dickasons findings offer an unexpected twist in the aftermath of the events of Lee Bowers death.