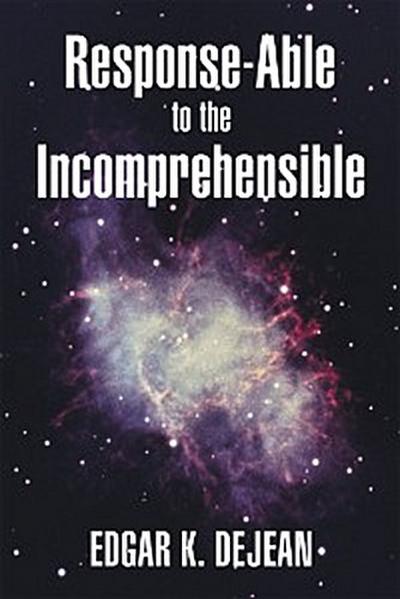 Response-Able to the Incomprehensible

For more than seventy years, author Edgar K. DeJean practiced a conditioned belief system in the form of Orthodox Presbyterianism. Now, in the twenty-first century, he explains how his searching and exploring of spirituality and religion has led him to a more candid belief system that is casual, flexible, and logicalas opposed to one that is conditioned, cultural, rigid, and traditional.
In Response-Able to the Incomprehensible, he delves into his mission, which centers on the possibilities within being response-able to the incomprehensible metaphysical energy through spirituality and compassion. Through a series of short essays originally created as blog posts, he describes this belief system he deems more appropriate and responsive to todays times.

While studying the core beliefs and traditions of Christianity, DeJean focuses on explaining and defining the statement of purpose: be spiritualdo compassion. Response-Able to the Incomprehensible discusses the search for spirituality in everyday life and appraises and tests existing traditions and compassion in that same sphere.