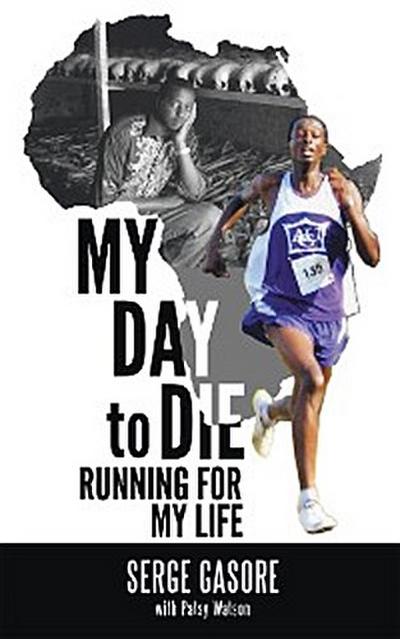 My Day to Die

From the time he was a small child Serge Gasore has been a runner. Some days he was running to play, some days he was running to school, some days he was running for a prize, but some days he was running for his life.
In My Day to Die: Running for My Life, Gasore details the story of his life beginning with his early childhood when his mother was murdered when Gasore was only four years old. His story continues through his later childhood as Gasore struggled for survival during the Rwandan genocide, which occurred when he was eight years old. His story describes some of the horrors he faced, including watching his grandmother die during an ambush grenade attack by the Hutu army on the church where they, and other Tutsis, were hiding. Gasore tells of neighbors and friends turning against him for the mere fact he was a Tutsi and they were Hutu. He tells of weeks of running from the enemy, hiding among the bamboo bushes. His story continues as Gasore details his time in the army as a child, not even 10 years old yet, and his adjustment to life in a new world after the war.

As he grew up and moved into high school, Gasore channeled his love for running into a tool for advancing his future. His love of running became a career opportunity and brought him to the United States. Gasore continues his story as he attended Abilene Christian University in Abilene, Texas, on a track scholarship. It was there, in the slow pace of a dusty, West Texas town, that Gasore came to know a loving God and headed down a path of forgiving those who had caused him so much pain and harm.