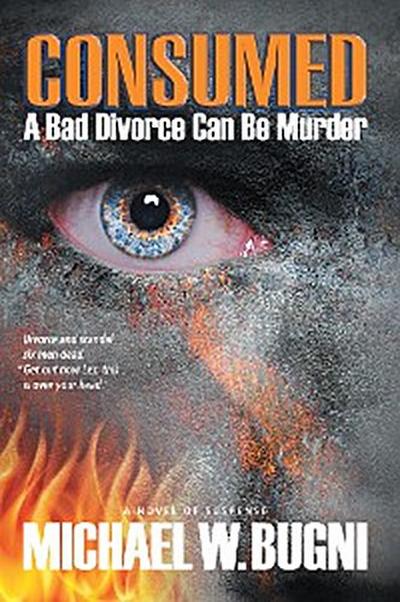 CONSUMED is a high-energy free-fall through the twisted inner sanctums of Seattles high-tech elite. In the center is Byron Wells, head of Digitrons Virtual Reality division. Hes brilliant, conniving, fifthly rich and out of the picture by the end of Chapter One.Enter Less McKee. A divorce attorney who hates divorce, Les is a devoted family man who cant sweep Byrons wife from the darkest corner of his heart. While reading on his deck one perfect Sunday, he photographs a magnificent hot air balloon as it prepares to land nearby. Without warning, it explodes in a horrific ball of flames. All on board, including Byron, are killed.His mysterious client, Beverly, is Byrons seductive, alluring but soon to be ex-wife. From the time they were college sweethearts, Beverly has been a part of his life, though he chose to tie the knot with her best friend. He handled her gut-wrenching first divorce from a shady nightclub owner who wont stop haunting him. And now her multi-million dollar second divorce from Byron Wells has erupted into a massive murder investigation.Byron had been grabbing headlines for a year, embroiled in litigation and accused of conspiring to join forces with Akira Nakamura, another defector from the Japanese-based Vortex Video Games. As Les investigates, he catapulted into the shark-infested waters of cutting-edge technology. Along the way he finds himself accused of murder. Six men are dead, forty-four million dollars have vanished, and international manhunt is underway and the evidence point to Les.With each reluctant step, deeper into darkness, Les teeters on the edge of losing his marriage, his career, his life. If only he could know the heart of his enigmatic client. She controls him. She repulses him. And like the flames that swallowed both her husbands, she reaches for Les, consuming him.