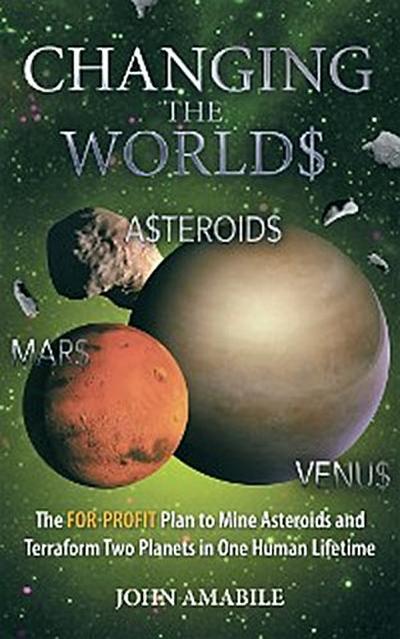 We can buy cars, food, homes, and businessesso why cant we buy pieces of outer space? Author John Amabile, a space enthusiast, dreams of a world where we could do just that. In this study, he lays out a clear approach for moving mankind into space profitably and with minimal interference from the government in a single human lifetime.
It starts by disputing the idea that outer space is collective property. Amabile maintains that, as history shows, without the ability to own and profit from something, progress becomes virtually impossible. His plan is to form a corporation and exchange to facilitate the sale of property in outer space, which would open the solar system up for settlement. The process should be privatized as much as possible, and it would pave the way for the terraforming of two planets, Mars and Venus, in one lifetime.

By mining objects in space, companies could finance terraforming operations while earning a profit. More importantly, humanity would conquer a new frontier and play a key role in Changing the Worlds.