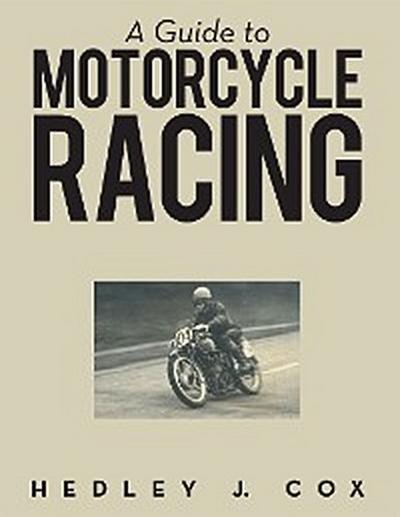 A Guide to Motorcycle Racing

United States motorcycle enthusiasts can learn a lot by looking to their peers in Europe, which has as rich a history as they do.
Hedley J. Cox was living in England when he became involved in racing in the early 1950s. An engineer of the first order, he raced and designed machines and traveled with a team to International Grand Prix meetings in Europe.

In this behind-the-scenes look at the world of motorcycle racing, youll learn the answers to questions such as:

How does management politics affect racing?
Why did British motorcycle manufacturers lose the spirit of adventure that is so necessary in racing?
What happened when that sense of adventure was lost?

He also examines the state of racing in the Canada, where he raced for a big manufacturer after moving to the United States. At every turn and curve, he encouraged others to embrace new ideas to beat competitors.

Join the author on a fascinating journey that spans thousands of miles with three different manufacturers with A Guide to Motorcycle Racing.