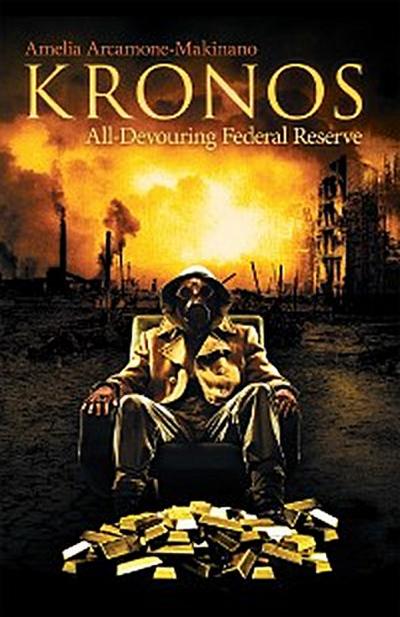 After the assassinations of President John F. Kennedy and Dr. Martin Luther King, President Lyndon Johnson took the country in another direction when he signed the 1965 Elementary and Secondary Education Act with his first teacher, Kathryn Deadrich, by his side.She had watched her students thrive under her loving guidance and was invited to dinners, as a respected member of her students families. The petite, vivacious Ms. Deadrich did her job well, unimpeded by the government.
From 1946, Congress had failed to inject curriculum into classrooms.
But, where government and education met, at the passage gate of the Federal Reserve, an unholy alliance was forged.
In 1983, the damage report was published in A Nation at Risk, which quantified the loss of literacy and critical thinking skills as an act of war.
There was a desperate search for answers.
In KRONOS, the answers are revealed in a battle without time. A teacher/journalist exposes a monstrous Federal Reserve that took down education and committed other heinous acts in this historic thriller filled with international intrigue.