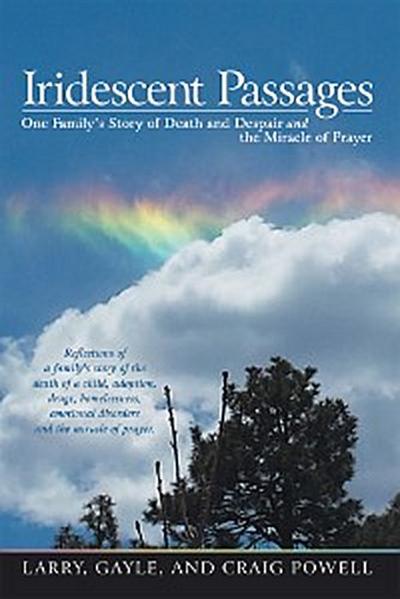 Larry and Gayle Powell began their fifty-five-year journey together when they were sixteen years old and attended the same church. After their marriage in 1965; the birth of their daughter, Charmaine, in 1966; and the adoption of their son, Craig, a few years later, the Powells felt like the ideal family, full of hopes and dreams.
But soon their world started to fall apart. At eight years old, Charmaine died of Reyes Syndrome. Craig exhibited severe behavioral and mental health issues, spent years in care facilities, and later lived seven years on the streets of Seattle, Washington, involved with drugs and violence. In Iridescent Passages, Gayle, Larry, and Craig take turns telling this decades-long story of mental illness, addiction, healing, and recovery.

This memoir shares how, with Gods guidance, Larry and Gayle persevered to keep the family strong. It offers hope for others that, despite difficult circumstances, healing, recovery, and new beginnings are possible.