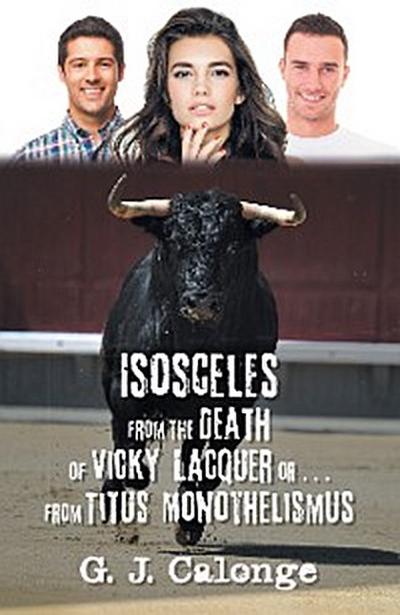 Isosceles from the Death of Vicky Lacquer or . . . from Titus Monothelismus

In the lands where Rocinante would lead Alonso Quijano, according to the ink that would pour the Cervantine will, a boy remembers a nightmare of his childhood where he was chased by a bull named Isosceles and sometime later a bull of the same name will be fought in the city of La Mancha in Albacete: with two equal sides and one unequal or not, the characters will unfold in a frieze that will occur from the Enchanted City of Cuenca and the Roman ruins of Segóbriga to the mountain ranges where the sport of hunting takes place. With things as they are, Tasso Pungere and Herod Activar will leave La Mancha as it was when they entered, followed by Barbara Kilometer, Babbie, the aussie journalist who wants to discover the life of Pungere, a young man who regards the woman as an object of pleasure while Activar only sees her as Stendhalian crystallization.