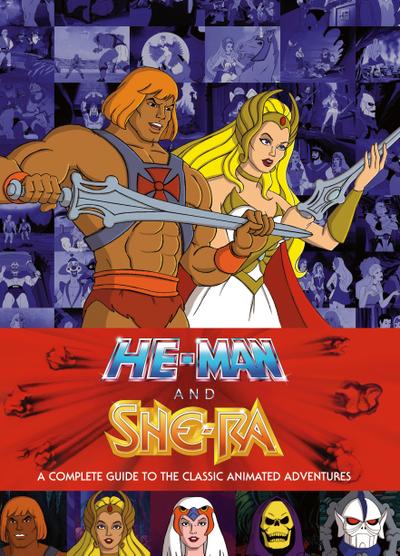 He-man And She Ra

James Eatock is an English freelance animator, designer, writer and publisher. He is commonly known on the internet as Busta Toons.

In 1997, James alongside Zadoc Angell created the He-Man and She-Ra Episode Review Website. The website was primarily Zadoc's idea and James had little interest in contributing to it during its initial developmental stages. However, it went on to become one of biggest websites dedicated to the He-Man and She-Ra animated series, attracting many visitors including much of the original creative staff, and earning the pair reputations as He-Man and She-Ra experts. The author lives in London, England, UK.
From 1983 to 1986, He-Man and his twin sister She-Ra entranced a generation of boys and girls all around the word with their animated adventures, offering not only cartoon excitement, but also important moral guidance. Now, Dark Horse Books is proud to present the first ever official companion to the classic series, featuring over 500 pages of fascinating story synopses, animation process, and trivia for every single episode of He-Man and the Masters of the Universe and She-Ra: Princess of Power!