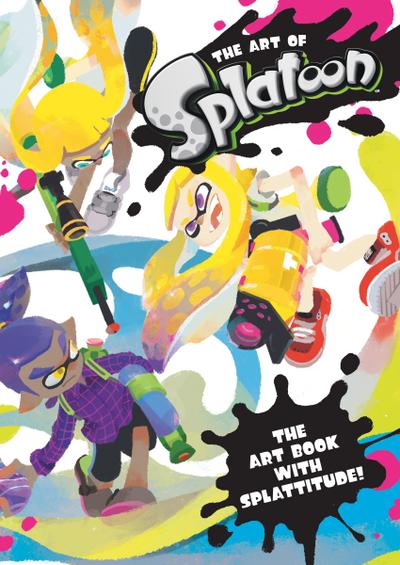 Nintendo: The Art of Splatoon

Nintendo is a Japanese video game company founded in 1985. The Nintendo Entertainment System (NES) is given credit for revolutionizing the home gaming experience. A few years later, the Gameboy and the Super Nintendo cemented Nintendo as one of the premier gaming companies in the world. With iconic characters such as Mario, Link, Luigi, Donkey Kong, and Kirby, Nintendo has solidified itself as a true force in video game community.
The Art of Splatoon contains 320 inkredible pages of artwork, including 2D and 3D illustrations of your favorite characters, maps, concept art, weapon and gear design, storyboards, sketches, hand-drawn comics . . . and that's only an inkling of what's inside. We're not squidding around: this is a must have for all fans of Splatoon!

Behind the scenes notes!