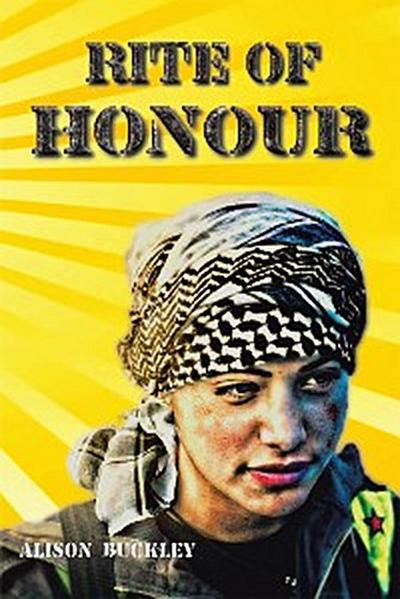 Condemned to an honour killing after Uday Hussein and his henchmen rape her during the 1990s Iraqi-Kurdish war, Evin Feili flees to the northern Iraqi camp of Kurdish guerrilla fighters.
Distinguishing herself in combat and intelligence operations in eastern Turkey, she returns to find the rebels have recruited Mehrdad Hassan, a former Israeli spy whom she suspects her father has hired to vindicate his honour. Driven to avenge her ordeal, she leads a victorious womens fighting unit against ISIS forces in Syria, aiding the rebels declaration of autonomy. Peace with Turkey then leaves Evin to pursue her own and Kurdistans honour deep inside Iran.

Based on the Kurdish peoples struggle for self-determination and human rights in Turkey, Syria, Iraq, and Iran, Rite of Honour reflects the lives of thousands of Middle Eastern women.