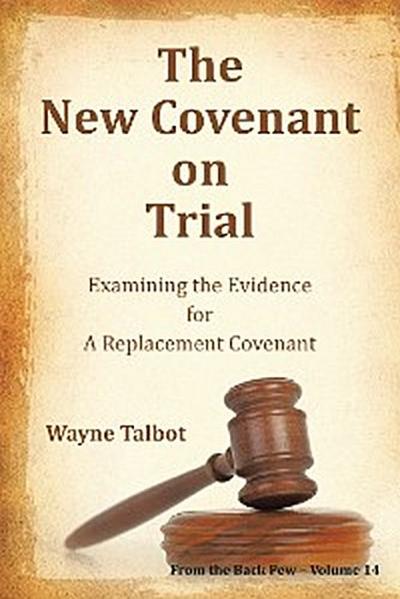 The New Covenant on Trial

What if Replacement Theology, as has been taught in Christian circles for nearly two millennia is, in fact, a Christian myth? What if the doctrine developed by the Church of Rome in those early years was built not in concert with what was taught by the Jewish Apostles but in opposition by the Gentile converts? What if Pauls attempts to make sense of how the new era in Christ could be explained to both Jew and Gentile, whilst allowing each to remain as called, was subsequently misinterpreted? What if the middle wall of separation that the Messiah sought to tear down was put back up again as a result of a schism between the Gentile and the Jew, with neither party quite getting it right?
Putting the new covenant on trial, the author seeks to understand how the long-standing cultural differences between Jew and Gentile led to not simply a new covenant but to a replacement covenant. Paul taught inclusion theology, the Gentile joining with the Jew, being nourished from the original vine. For centuries, the Jews had excluded the Gentiles unless they agreed to become proselytes, non-Jewish Jews in a religious sense. Eventually with the centre of the religion moving from Jerusalem to Rome, and Hebraic thought patterns replaced with the Hellenic thought patterns of the now majority Gentile congregation, inclusion theology was turned on its head. Replacement theology became exclusion theology for Jews, and the iron hand of Rome began the persecutions that have existed to this day.

This sounds like fiction, but it is not. It is not an untold story, but is seldom heard from the perspective of Christian doctrine. This book seeks to provide the evidence that the Church of Rome strayed from the way of the Messiah and has taught others to do the same.