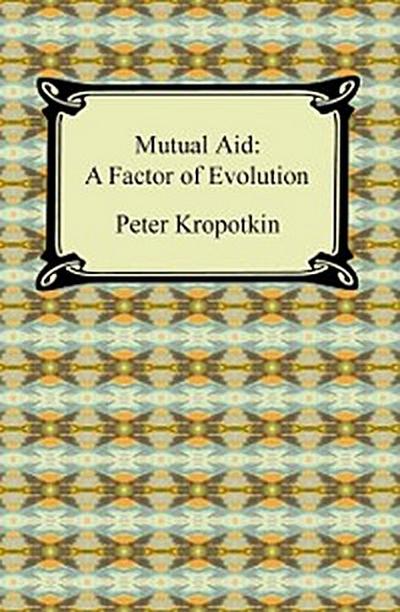 Mutual Aid: A Factor of Evolution

Although born into an aristocratic family who put heavy stock in class rank, Peter Kropotkin is now known as one of the first well-known advocates for anarchist communism. At thirteen, Kropotkin, the son of a prince, became disillusioned with the world of rank and status in which he lived and began exploring alternative realms of thought. His vocal dissention landed him in a Russian prison in 1874. In 1876, he was transferred to a military hospital from which he escaped and fled to western Europe. Through his work as a professional geographer, Kropotkin's ideas and writings about society came about through observing wildlife in Siberia. These observations were what caused him to write "Mutual Aid: A Factor of Evolution". First published cohesively in London in October of 1902, Kropotkin responded to ideas of Social Darwinism and illustrated the phenomenon of cooperation in nature. His conclusion was that cooperation and mutual aid are in fact the most essential components of survival in both human society and wildlife habitats.