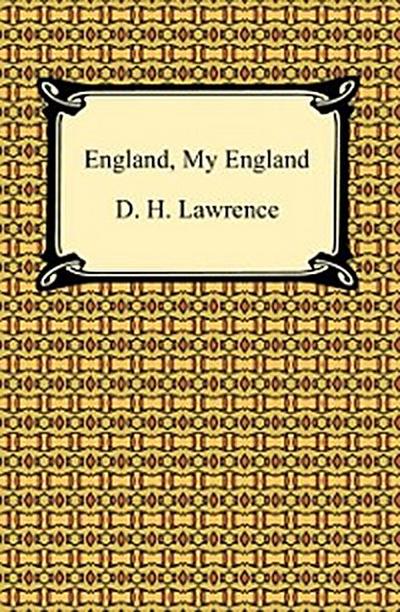 Because of his frank and honest portrayal of human sexuality in the controversial works for which he is best known, e.g. "Lady Chatterley’s Lover" and "Women in Love", D. H. Lawrence was not widely respected in his day. In fact at the time of his death he was considered little more than a pornographer. However E. M. Forester challenged this portrayal calling Lawrence "The greatest imaginative novelist of our generation", and with his extended reflection upon the dehumanizing effects of modernity and industrialization, Lawrence has ultimately secured his position as one of the greatest writers in the English language. "England, My England" is a collection of his short stories written between 1913 and 1921 which exhibits this great literary talent. The stories of this volume, many of which are set against the backdrop of World War I, include the following tales: England, My England; Tickets, Please; The Blind Man; Monkey Nuts; Wintry Peacock; You Touched Me; Samson And Delilah; The Primrose Path; The Horse Dealer's Daughter; and Fanny And Annie.