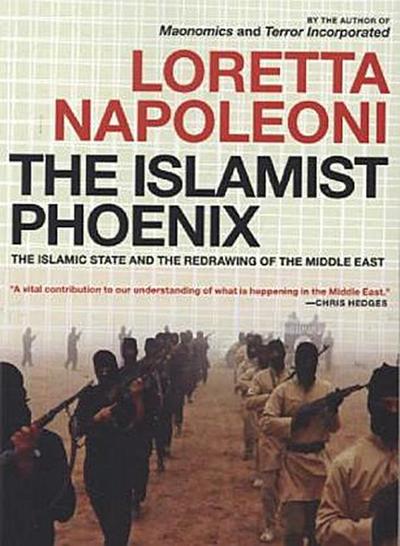 A woman of the Left who garners praise from Noam Chomsky and Greg Palast at the same time as she is quoted respectfully in Forbes and the Wall Street Journal , LORETTA NAPOLEONI was born in 1955 in Rome. In the mid 1970s she became an active member of the feminist movement in Italy, and later studied as a Fulbright Scholar at Johns Hopkins University's Paul H. Nitze School of Advanced International Studies in Washington, D.C. She began her career as an economist, and went on to work as London correspondent and columnist for La Stampa , La Repubblica and La Paîs . Napoleoni is the author of the international bestsellers Rogue Economics: Capitalism's New Reality and Terror Incorporated: Tracing the Money Behind Global Terrorism . She has served as the Chairman of the countering terrorism financing group for the Club de Madrid, and lectures regularly around the world on economics, money laundering and terrorism. Napoleoni lives in London and Montana.
Note on Terminology
Introduction

Prologue: A New Breed of Terrorism?

Chapter One: From al Zarqawi to al Baghdadi

Chapter Two: Rehearsals for the Caliphate

Chapter Three: The Paradox of the New Rome

Notes
A timely, piercing study of the Islamic State, as its rise to prominence and domination of Middle Eastern politics, is explained in revealing detail by economist and bestselling author Loretta Napoleoni. Napoleoni illuminates the singularity of IS and how it differs from other jihadist organisations, particularly in terms of its economic structure and focus on consensus instead of pure violence. Napoleoni traces the beginnings of IS, its dynamic with al-Qaeda, and its current status as the first official Caliphate in over a century.