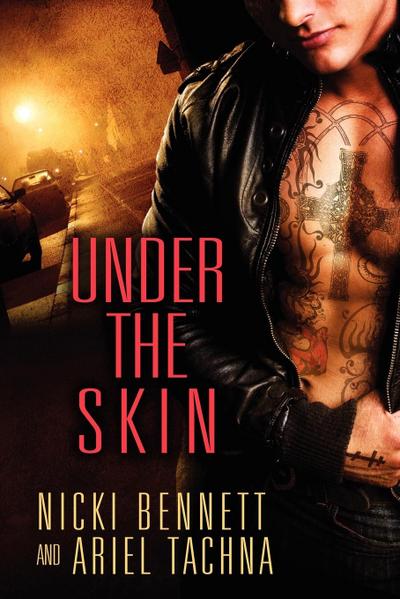 Alors qu'elle grandissait à Chicago, Nicki Bennett passait tous ses samedis à la bibliothèque, à se perdre dans le monde des livres. Lectrice vorace, elle a finalement réalisé qu'il était difficile de trouver suffisamment d'histoires comme elle les aime, elle a donc décidé de les écrire seule.
Police detective Patrick Flaherty has no illusions about Russian mobster Alexei Boczar, but that doesn't stop his fascination with the bodyguard to one of the most ruthless families in Chicago's growing Eastern European crime community. From the moment Patrick meets Alexei's eyes over the body of another Russian mobster, Alexei is a thorn in Patrick's side, refusing to cooperate with the police and turning all of Patrick's questions back on him. Alexei's hard-as-nails persona whets Patrick's professional determination to get the information he's sure the gangster is hiding, while personally Patrick just wants to get his hands on Alexei's hard body.

The tattoos marking Alexei's skin tell the story of his criminal past, but the more Patrick learns about Alexei, the more he wants to know, until he finds himself over his head in a relationship that might cost him his job and could well cost Alexei his life. Alexei is equally fascinated by Patrick's willingness to overlook his past and even his present associations, but he has secrets of his own that could drive a wedge between them forever.