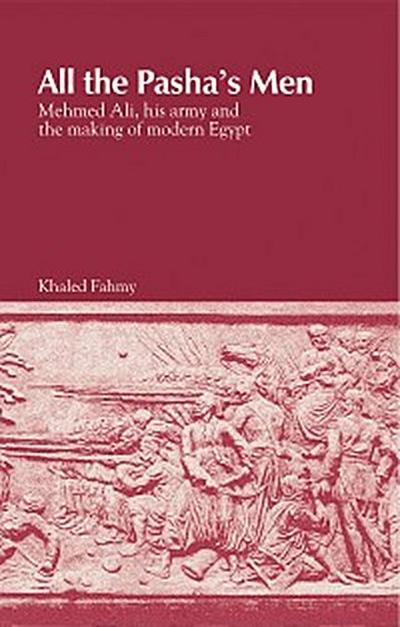 All the Pasha’s Men

Offers a new interpretation of Mehmed Alis role in the rise of Egyptian nationalism
While scholarship has traditionally viewed Mehmed Ali Pasha as the founder of modern Egypt, Khaled Fahmy offers a new interpretation of his role in the rise of Egyptian nationalism, firmly locating him within the Ottoman context as an ambitious, if problematic, Ottoman reformer. Basing his work on previously neglected archival material, the author demonstrates how Mehmed Ali sought to develop the Egyptian economy and to build up the army, not as a means of gaining Egyptian independence from the Ottoman empire, but to further his own ambitions for recognized hereditary rule over the province. By focusing on the army and the soldier's daily experiences, the author constructs a detailed picture of attempts at modernization and reform, how they were planned and implemented by various reformers, and how the public at large understood and accommodated them. In this way, the work contributes to the larger methodological and theoretical debates concerning nation-building and the construction of state power in the particular context of early nineteenth-century Egypt.