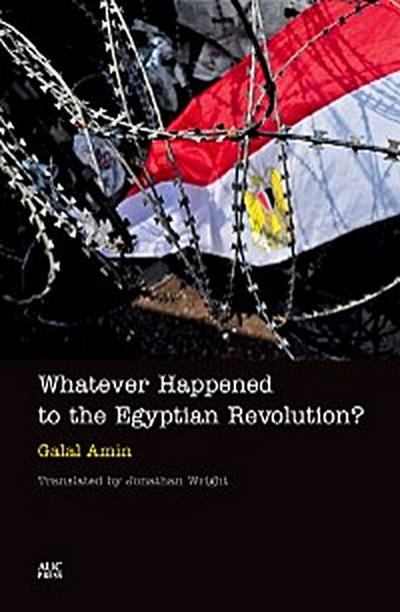 Whatever Happened to the Egyptian Revolution?

In his latest exploration of the Egyptian malaise, Galal Amin first looks at the events of the months preceding the Revolution of 25 January 2011, pointing out the most important factors behind popular discontent. He then follows the ups and downs (mainly the downs) of the Revolution: the causes of rising hopes and expectations, mingled with successive disappointments, sometimes verging on despair, not least in the case of the presidential elections, when the Egyptian people were invited to choose between a rock and a hard place. This is followed by an outline of a possible brighter future for Egypt, based on a more balanced and faster growing economy, and a more democratic and equitable society, within a truly independent, modern, and secular state.The story of what happened to the 2011 Revolution may be a sad one, but if viewed within the larger context of Egypt's economic and social developments of the last century, on which the author's previous books threw very useful light, it can be regarded as one important step forward toward a much better future.
Introduction

Part One: Causes of the Revolution
1 Worse than Unemployment
2 Appropriating Public Property
3 Bequeathing What One Does Not Own
4 Selling What Cannot Be Sold
5 False Patriotism
6 A Police State

Part Two: Causes for Optimism
7 Promises of the Revolution
8 25 January

Part Three: Causes for Concern
9 A Revolution or a Coup d'Etat?
10 The Paradoxes of the Revolution
11 Muslims and Copts