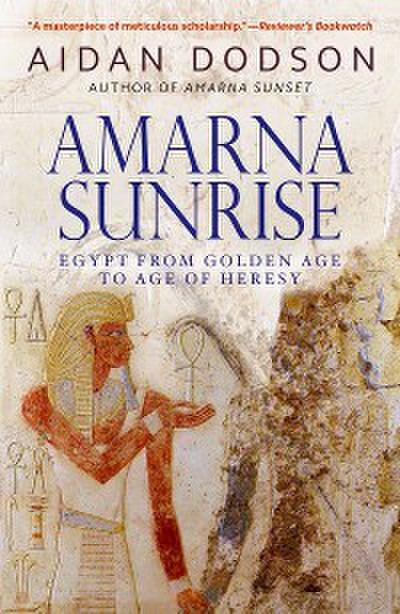 Aims to set the reign of Akhenaten in its full historical context, by providing a narrative account of the history of Egypt from the end of the reign of Amenhotep II to the high point of the reign of Akhenaten, highlighting the threads that led to the establishment of the latter's monotheistic cult of the Aten. While written as a stand-alone work, it will also act as a 'prequel' to the same author's Amarna Sunset, published by AUC Press in 2009.
The latter part of the fifteenth century BC saw Egypt's political power reach its zenith, with an empire that stretched from beyond the Euphrates in the north to much of what is now Sudan in the south. The wealth that flowed into Egypt allowed its kings to commission some of the most stupendous temples of all time, some of the greatest dedicated to Amun-Re, King of the Gods. Yet a century later these temples lay derelict, the god's images, names, and titles all erased in an orgy of iconoclasm by Akhenaten, the devotee of a single sun-god. This book traces the history of Egypt from the death of the great warrior-king Thutmose III to the high point of Akhenaten's reign, when the known world brought gifts to his newly-built capital city of Amarna, in particular looking at the way in which the cult of the sun became increasingly important to even 'orthodox' kings, culminating in the transformation of Akhenaten's father, Amenhotep III, into a solar deity in his own right.
Introduction: Eighteenth Dynasty Egypt1. Dawn of the Golden Age
2. Gold is as dust in the land of my brother
3. The Road to Tell el-Amarna
4. The Horizon of the Aten
5. From Zenith to Sunset
6. Will the real Akhenaten please stand up?