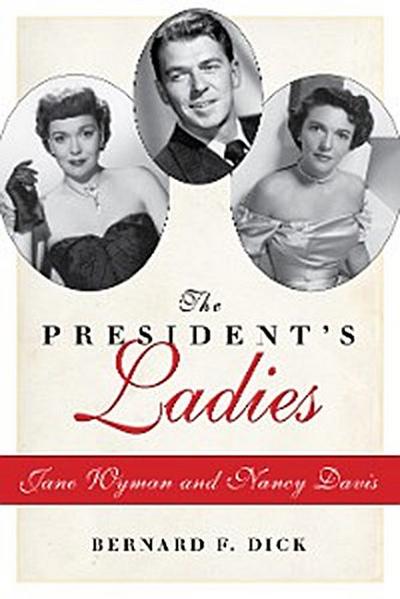 
Jane Wyman, who married Reagan in 1940 and divorced him seven years later, knew an early life of privation. She gravitated to the movies and made her debut at fifteen as an unbilled member of the chorus, then toiled as an extra for four years until she finally received billing. She proved herself as a dramatic actress in
The Lost Weekend, and the following year, she was nominated for an Oscar for
The Yearling and soon won for her performance in
Johnny Belinda, in which she did not speak a single line. Other Oscar nominations followed, along with a Golden Globe for her portrayal of Angela Channing in
Falcon Crest.

Conversely, Nancy Davis led a relatively charmed life, the daughter of an actress and the stepdaughter of a neurosurgeon. Surrounded by her mother's friends—Walter Huston, Spencer Tracy, Katharine Hepburn, Lillian Gish, and Alla Nazimova, her godmother—Davis started in the theater, then moved on to Hollywood, where she enjoyed modest success, and finally began working in television. When she married Reagan in 1952, she unwittingly married into politics, eventually leaving acting to concentrate on being the wife of the governor of California, and then the wife of the president of the United States. In her way, Davis played her greatest role as Reagan's friend, confidante, and adviser in life and in politics.

This book considers three actors who left an indelible mark on both popular and political culture for more than fifty years.